Since the release of their first album almost ten years ago, CASCADA look back on world-wide successes like Everytime We Touch, Miracle, Evacuate The Dancefloor, San Francisco, Summer Of Love or The Rhythm Of The Night. Front-singer Natalie Horler and her team of producers and writers Yann Peifer (Yanou) and Manuel Reuter (Manian) have topped charts in more than 20 countries with their irresistible dance-pop songs. Collecting numerous awards (e….

Since the release of their first album almost ten years ago, CASCADA look back on world-wide successes like Everytime We Touch, Miracle, Evacuate The Dancefloor, San Francisco, Summer Of Love or The Rhythm Of The Night. Front-singer Natalie Horler and her team of producers and writers Yann Peifer (Yanou) and Manuel Reuter (Manian) have topped charts in more than 20 countries with their irresistible dance-pop songs. Collecting numerous awards (e.g. the World Music Award in 2007) throughout their career, they have established themselves as one of the tops European dance floor acts of the present.

Bonn-based Natalie grew up in Germany. The daughter of David Horler, an acclaimed jazz musician and arranger who worked with likes of Quincy Jones, Stan Getz and Tony Bennett, Natalie grew up around music, though was more influenced by stars like Maria Carey and Whitney Houston.?At age 18 she started doing studio work and recorded several tracks for different DJs.

In 2004, through her studio work, she met Cologne-based producers Yann Peifer (Yanou) and Manuel Reuter (Manian) who invited her to front their new project, CASCADA. Within 18 months, together they found international fame with their huge debut hit Everytime We Touch. A smash in the States before the band even toured there, the song quickly caught on across the globe, followed by a multi-platinum selling album of the same title. It spawned eight singles, including the massive Miracle and a dance cover of Savage Garden’s Truly, Madly Deeply. The success of the album gained the World Music Award in the category World’s Best-Selling German Artist. The second album Perfect Day (2007), led by hit single What Hurts The Most, continued CASCADA’s reign as one of the world’s Top 10 selling dance acts.

In 2009, the trio began to work on CASCADA’s third album Evacuate The Dancefloor. After one efficient year of writing and recording Natalie, Manian and Yanou succeed in developing their dance-pop-style into something new. “It was lovely to be able to take our time. I think we really progressed”, Natalie remembers. “It was an amazing success, and it felt like a reward for our hard studio work and especially for our courage to change the typical CASCADA sound, as Evacuate The Dancefloor was our first track heavily influenced by Rap, R&B and Soul”. The single reached sensational fame ac- ross the globe and collected top chart entries in more than 20 countries worldwide. Fans even made the single No #1 in England where Natalie overthrew Michael Jackson, who dominated the top of the charts shortly after his death.?The success of the single gained among others a nomination for the MTV Video Music Awards, it went platinum in the US, gold in Germany and the UK etc.

In 2011 CASCADA released their fourth album Original Me that includes in addition to the first single, San Francisco other energetic dance-pop songs like Pyromania or Au Revoir. Yanou (responsible for melodies and most of the lyrics) and Manian (music production & engineering) developed great variety and once again showed their multi-faceted abilities. Songs on the album were diversified from pure pop, not overly dance to house beats or guitars. In 2012 their first track Summer Of Love was a euphoric, hands-in-the-air dancefloor anthem, building on the Eurodance sound CASCADA pioneered. Following the second chart topping single The Rhythm Of The Night and the TV appearance of front singer Natalie in the German “Pop Idol” Jury, the 31-year old pop star and her team of producers spent the last few months focusing on new songs.

There were a few surprises waiting for Natalie in 2013: She was the contestant for Germany at the Eurovision Song Contest with “Glorious”, which was in the Top 20 in several countries. Moreover, Natalie’s “Best of”-Album was published internationally.

After a creative six-months break CASCADA are now back with their new single Blink – a track that captures the very pulse of the dancefloor scene and at the same time thrills both every CASCADA fan and every listener at the radio.

Blink is about the best years of our lives. “Don’t close your eyes, don’t even blink for a second”, is what Natalie says about this song.

The changes between the various verses, which show us how short and transitory our lives are, and the catchy refrain couldn’t be interpreted in a better way. Accompanied by a thrilling choir anthem, Blink sounds like an absolutely certain success on the radio all over the world. 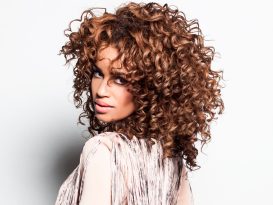 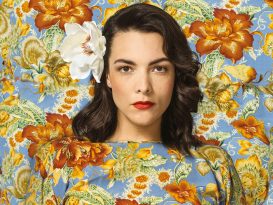 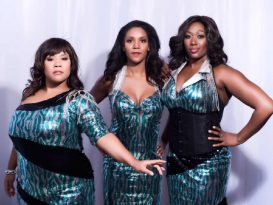 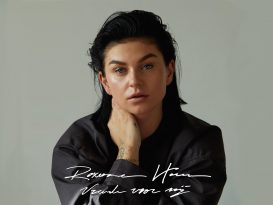 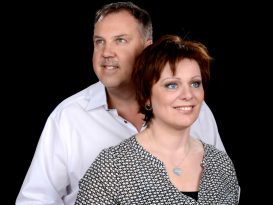 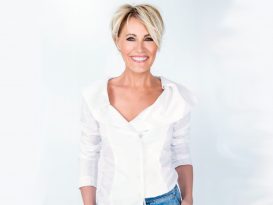 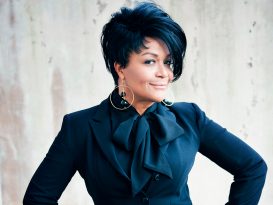 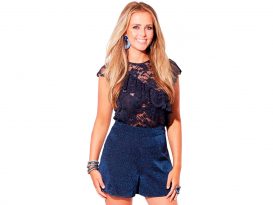 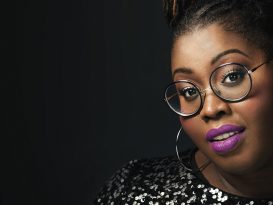 Engelstalig, Populair, The voice of Holland, Zangeressen
Shirma’s rich, powerful and soulful voice makes her one of the most popular singers of the Netherlands. After her appearance in The Voice, she made a leap to the next level of her career.Her musical journey started as backing vocal for artists like Chaka Khan, Michael Bolton, Alain Clark, Candy Dulfer, Henny Vrienten and Anouk. Anouk represented the Netherlands in 2013 at the Eurovision Song Contest and Shirma Rouse was proclaimed as best bac... 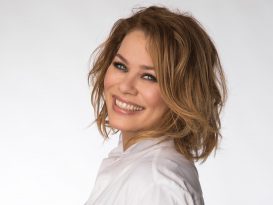